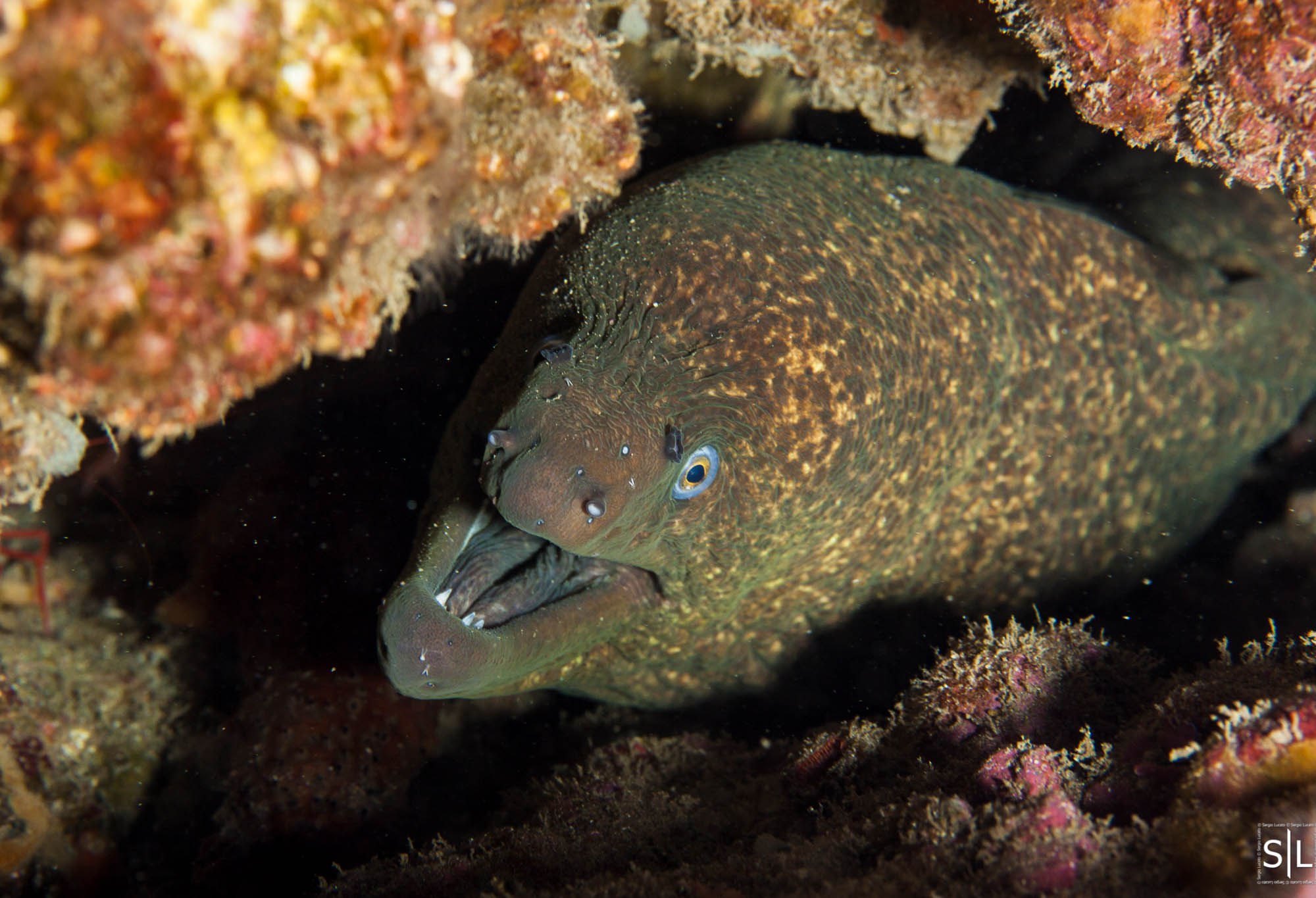 I had a rare opportunity to take a Friday boat out to the Channel Islands. Not that I really need much of an excuse to ever go out, I figured that the midweek boats are emptier than the weekend boats. And it was. What’s more important though, is that the water was about as clear as it ever gets around here. We had about 50 ft visibility. Add to the fact that the water was over 60 F hot, it is almost like diving in the tropics. For us Californians anyway.

The dives where are at my usual hunting grounds at Anacapa Island. Not that that is a bad thing. Anacapa has been protected for a long time and so we have lots and lots of live all over the place. Although the unusually warm waters seem to have an effect on the wildlife. Normally there are a lot of nudibranchs and today I have barely seen any. About 10 years ago when I started diving the Channel Islands we had Sheep crab everywhere and I haven’t seen a single one in over a year. Finally, the Sargassum (a sort of sea grass) is really taking over the island. We don’t usually have much of that here since it is too cold for it. The problem is that it kills the California Giant Kelp that do used to have.

But enough of the global warming (yes, it’s real!) talk. The dives themselves where still great. First dive I had my usual shrimps and the tiniest Spanish Shawl I’ve ever seen. It was about 1/4 of an inch. And I couldn’t resist the hermit crab.

On the second dive, I came across a very photogenic Horn shark. He did take his time to pose for me. That was very nice of him since I had to switch cameras back and forth. My big one had a macro lens on, which is normally my go-to lens. But with larger objects, I need to use my point-and-shoot. Anyway, he was patient and I got some quality time just looking at him.

On the last dive on Underwater Island, one of my favorite dive sites, I had a rather large Moray eel waiting. I never know if I can trust these things or not, so I didn’t linger around too long. Their front teeth look like they could do some real damage. The crowning jewel of the day came literally at the last minute. Of my safety stop that is. An Angel shark came cruising by. As I still had enough air, I decided to take after it. Never mind that he was in no hurry, I kicked my lungs out trying to keep up with him. Not much of a photo, but a great sight. 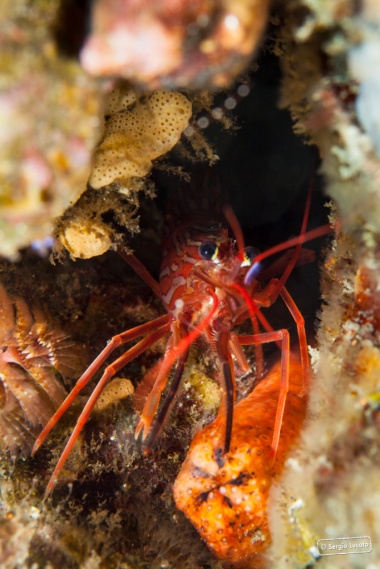 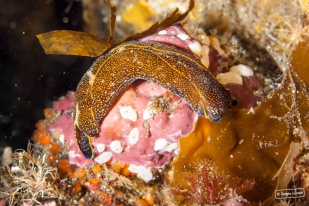 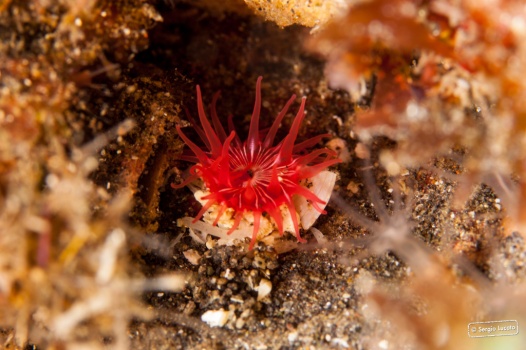 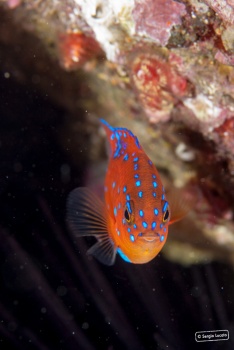 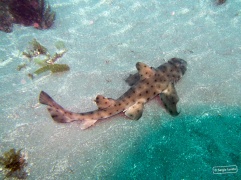 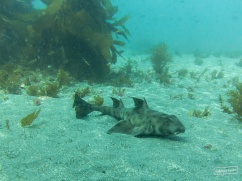 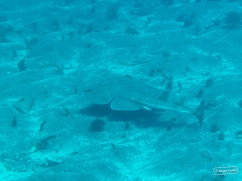