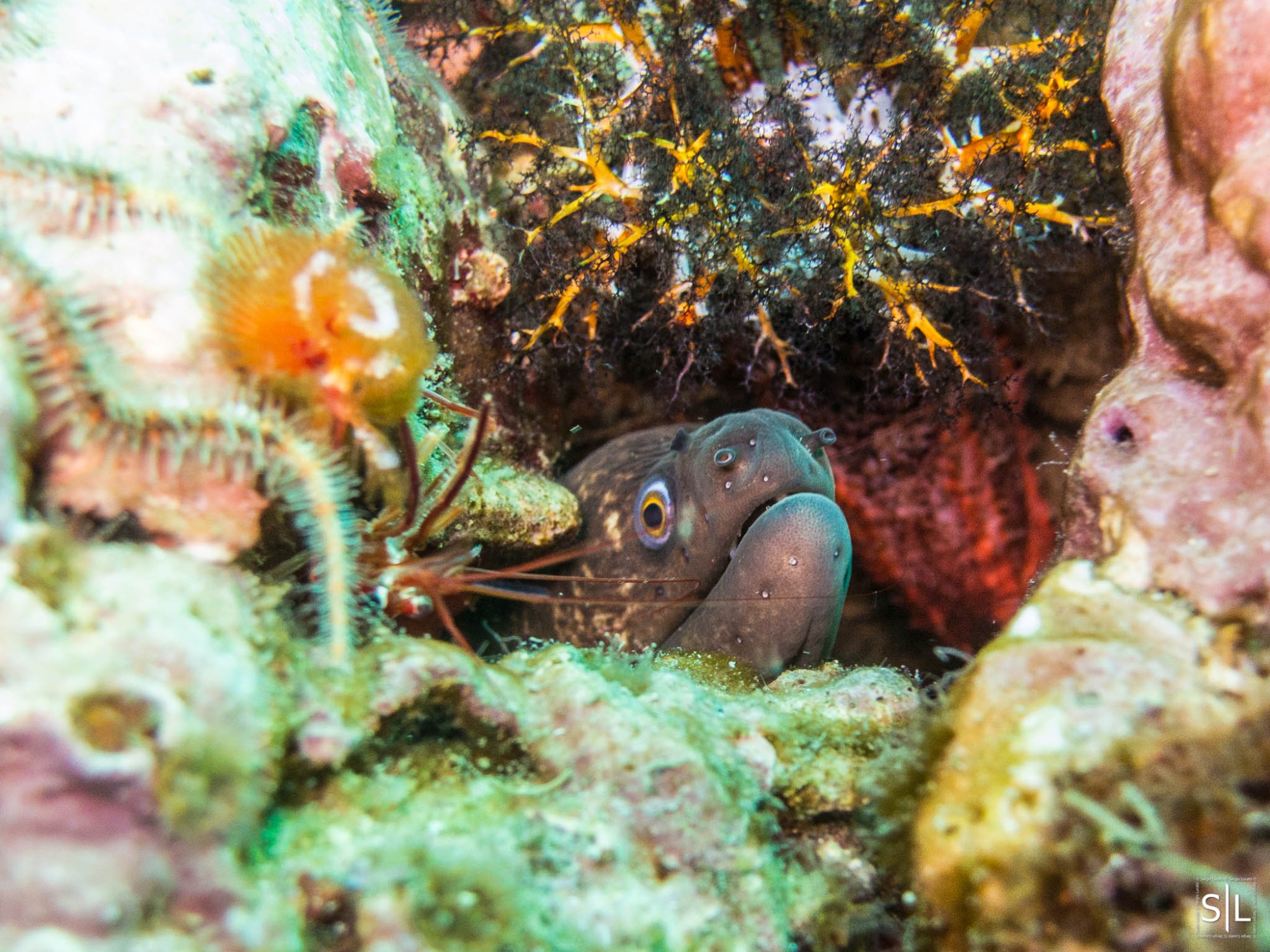 After a long time finally another day of diving. This time I went to the back side (ocean facing) of Santa Cruz Island. Dive boats don’t often go there as it takes longer and the waves tend to be a bit rougher there. After countless dives on Ancapa, I decided that diving a couple new spots is worth the early wake up time to make it to the dive boat.

The conditions were excellent during the passage. No swell or waves at all, which translates into a good night’s sleep on the boat. However, once at the island, it was clear why boats don’t make there too often. They currents were ripping past the coast. We had to move quite a bit further east to find a cove that was reasonably protected. Even so, the first 30 ft were a bit of a ride down the anchor line. Down below things calmed down and made for a nice dive.

By noon the currents had died down to make the descent and surfacing a lot more pleasant. Unfortunately the current weren’t the only thing that died. The battery for the strobes on my camera died as well. So I was left with my little point-and-shoot. Somehow I never quite managed to get good colors with that small camera. Not sure why. But that aside, on the last dive I found a moray eel and finally had something interesting to shoot.

Turned out the eel wasn’t by itself. The little cave were he was hiding had a side entrance that was full of shrimp. I guess eels don’t eat shrimp or the shrimp might be a bit on the stupid side of things. Don’t know, but it was fun watching them. 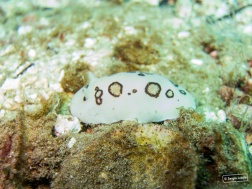 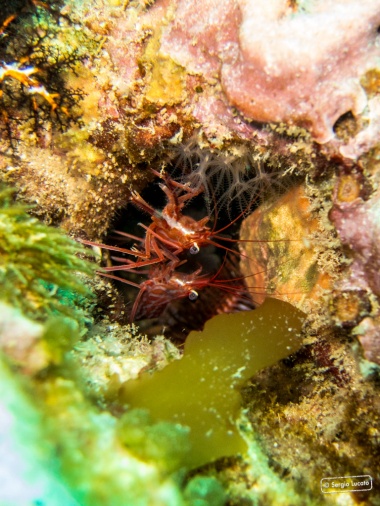